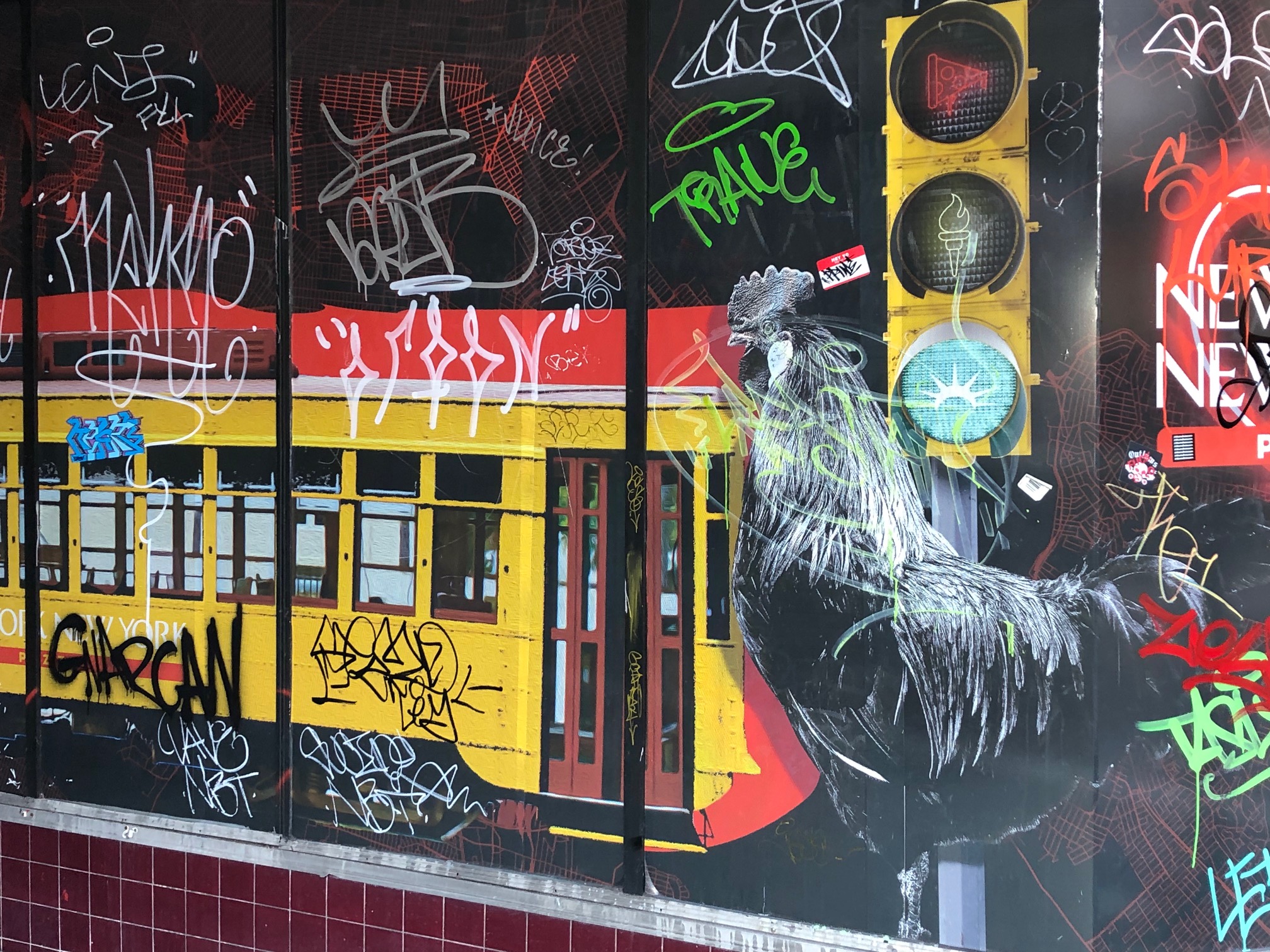 Everyone knows Tampa (a truly marvelous city) for the famous places like Zoo Tampa at Lowry Park, Busch Gardens, and the Florida Aquarium. Tom Brady helped bring the Buccaneers a Super Bowl victory in 2021 and the entire city still has evidence of the love of their team in murals and flags and billboard form. But, did you know you could escape to a foreign land within the city limits? Next time you fly into TPA – Tampa International Airport – plan to explore Ybor City. No passport needed.

This downtown district of Tampa which is known for the former cigar industry and manufacturing and Latin-influenced culture and cuisine also comes alive at night with droves of bars and hang outs. The architecture is gorgeous by day in the sunlight and flashes and shines at night under streetlights and signs. The “Cigar Capital of the World” is a fine place to find your flavor or to simply enjoy the atmosphere and the resident roosters crowing.

The Hotel Haya is both historic and holds secrets from the turn of the century — including a relationship in which former President Theodore Roosevelt would ride his horse directly into the restaurant! However, the property with all its’ rich charm also boasts modern touches of luxury and tasteful artistry. This hotel in Ybor City is the perfect place to base your adventure.

When you check in, take the time to explore a bit. There are fun details (well-executed in preserving the historical integrity of the property while also modernizing with a classy, rich motif) if you look closely, you’ll find them all around.

Books are placed throughout — many speaking to the local cigar industry or Tampa. The library meeting room is beautifully lit and photographs so elegantly!

The sultry velvet covered chairs in Flor Fina seamlessly blend the bar and the restaurant, with many windows allowing natural light to saturate the room. You can also get one of the Peacock Painkillers at the bar, which I highly recommend.

In room, you can find local art and little “Easter eggs” like this photo on the inside of the bathroom door. The details are endless and so interesting to discover when you take the time.

This microbrewery has so many delicious taps – including a host of IPA choices (my personal favorite!) I can also say the giant pretzel is a super clutch choice for bar tapas, it’s covered in a garlic oil and pairs well with all the beers! This is a walking destination from Hotel Haya.

I ended up here because I had to pee and there was no cover charge to get in. I was handed a ticket for a free shot, and, well, it was a serendipitous stop. This was my very favorite place of my tour of the nightlife in Ybor City. I ended up leaving to see what else was around – near 11:00 p.m. and I really wish I’d closed down the piano bar. So much energy and talent! The pianists are hilarious and the servers were very attentive. It was a random Thursday, so on the weekend it might be a challenge to get a table, I can’t say for sure. Make this a must-do on your Ybor City tour.

While the food here was heavily fried – we ordered Empanadas and Gyoza (which we actually got steamed instead of fried) it was a low-key atmosphere. I also got order of flan, to go. So anywhere I can get flan, I have to give kudos. There was also a notable channel on the whole time we were there. It played longer trailers of movies from way back in the 80s and present time. From Home Alone to Old, it looped these movie previews and was a super weird, but kind of addicting way to space out over a Cigar City brew and bites. This is also on the main thoroughfare of Ybor City and is walkable from Hotel Haya.

Diverse Cuisine for Every Flavor

You can take a complimentary trolley from Ybor City all the way to the Amalie Arena area at the other end of the Riverwalk, or simply walk down the street. There are endless options for great food in this part of the city, but here are some of the best options of where to eat while in the area.

Make reservations and plan to drive or ride share to this elegant but deemed casual establishment. An open kitchen provides guests with an energetic eating experience.

The oldest restaurant in Florida — and I can say from experience, a truly tasty one, can be found in the heart of Ybor City. It’s a big restaurant, but again, it fills fast at meal times, so if you want Latin cuisine and the fun and bright environment the establishment is famous for, reserve a table!

The Hotel Haya has a fine dining restaurant on-site which is a great option for easy dining when staying on property.

Whether you’re in town simply because you’re flying in and out of Tampa International Airport and plan to explore other parts of Florida, or you’re intent is to enjoy this city, Ybor City historic district should be at the top of your Tampa Bay area to-do list.